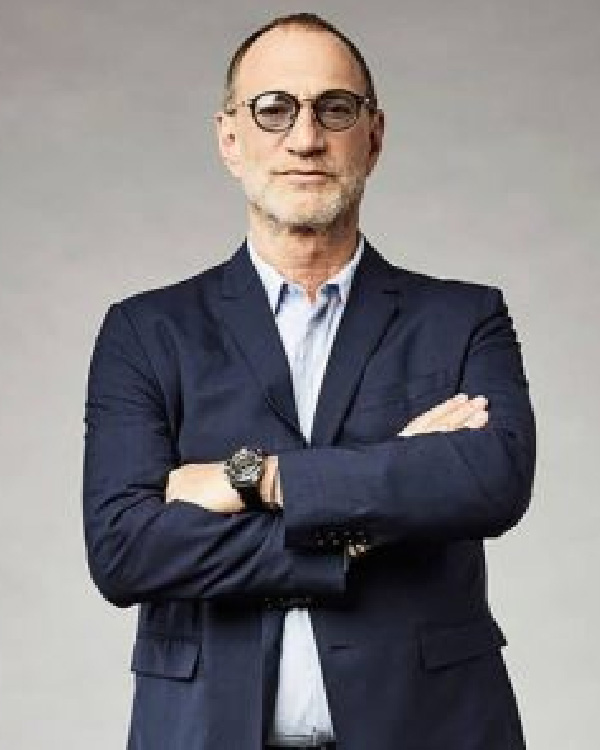 In 2014 Gary embarked upon a new phase in his relationship to the fashion industry.  As a founding member and Chairman of Interluxe Holdings LLC he has partnered with Lee Equity in order to purchase equity stakes in luxury, designer and contemporary apparel and accessory brands.  Interluxe’s first of multiple prospective investments was in the iconic designer, Jason Wu in September, 2014 and the second investment was in the exciting contemporary brand, ALC in 2015.  The third investment completed in February 2017 was in the extraordinary Canadian company, Mackage. He continues to invest in fashion and fashion related brands alongside other industry veterans.

In 2016, Gary and his friend and business partner, Whoopi Goldberg, designed and produced an ‘ugly’ Christmas sweater collection that took the retail world by storm.  The first collection was sold exclusively by Lord and Taylor and Hudsons Bay Canada.  The announcement of the sweater collection and the breaking of the story by Women’s Wear Daily generated more global impressions than the retailers had ever garnered in the past through any product purchases.  Christmas 2017 and 2018 Zappos became the exclusive partner, and the new collection of holiday sweaters were again a huge success. Whoopi also launched a full lifestyle brand, DubGee by Whoopi whose first delivery was for Spring 2019. This partnership will continue long into the future.

Gary’s expertise and reputation in the fashion industry has precipitated multiple new opportunities for him.  Gary appeared on the Lifetime television show Project Runway Fashion Startup as one of the principal investors.  The show debuted in October of 2016 and consisted of 8/60 minute episodes.  Appropriately dubbed the ‘Shark Tank of Fashion’, inside network sources have confirmed that Gary was the ‘break-out star’ of the series.  Because of his respect and expertise, he also writes a quarterly article for WWD (Women’s Wear Daily), the fashion industry’s most important publication.

In addition to being a force in the fashion industry, he is a well-respected fiction writer and children’s book author.  His GemQuest series, The Twins, The Awakening, The Shards and The Revenge of the Elves is popular among sci-fi and fantasy readers.  The fifth and final book in the GemQuest series, When Monsters Call Out The Names of Men, will be released sometime in 2020. One of his children’s books, The Mystery of the Jubilee Emerald published by Mondo Publishing in NYC, is available everywhere in print and e-books format.  It has been part of a bundled reading package in multiple school districts since its publication, and it continues to sell well 9 years after its release.  The second two books in that series were published in January of 2013, The Candle Rock Mystery and The Mystery of the Presidential Papers, both in e-book format.

Wassner resides in New York with his wife Cathy and his extended family.