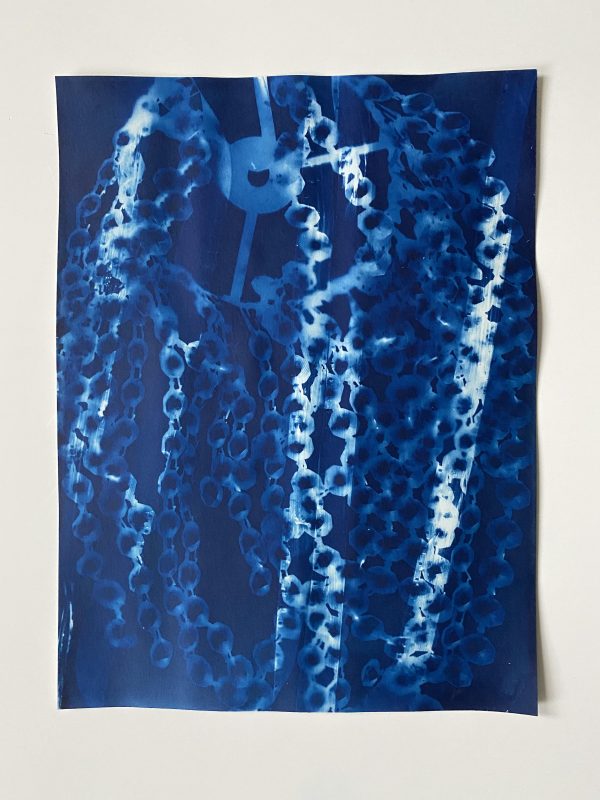 Vanessa Albury was born in Nashville, TN and currently lives in Brooklyn, NY. She received her MFA in Studio Art from New York University’s Steinhardt School. Vanessa Albury is a Brooklyn-based visual artist originally from Nashville, TN. Her artwork is image-based and takes form as photographs, sculptures, installation, interdisciplinary collaborations and curating, expanding the traditional view of photographs as “windows into the world” to objects in space and time. Ken Johnson of the NY Times has described her work as “haunting.”

Light Shadowgraph, Chandelier + Film images are part of the series Cameraless, Lensless, which I began on residency at Kunstvarteret Lofoten in Norway under the midnight sun. While on residency at Kunstkvarteret Lofoten, I experiment with making photographs without a camera and without an enlarger. The series Cameraless, Lensless, a body of work using lighting related objects, plays off the meaning of the Greek word “Photography” which translates as “light writing.” The grouping Light Shadowgraph, Chandelier + Film is a series of cyanotypes created with a discarded chandelier I found in a secondhand store in Nashville and 16mm film from older pieces I’ve made weaving film. I exposed the prints with the sun and developed them in water. In the Lofoten Islands, in the summer, the sun circles in the sky and never sets, known as the midnight sun. I enjoy the play of creating images under the sun with a chandelier that can no longer give off light.