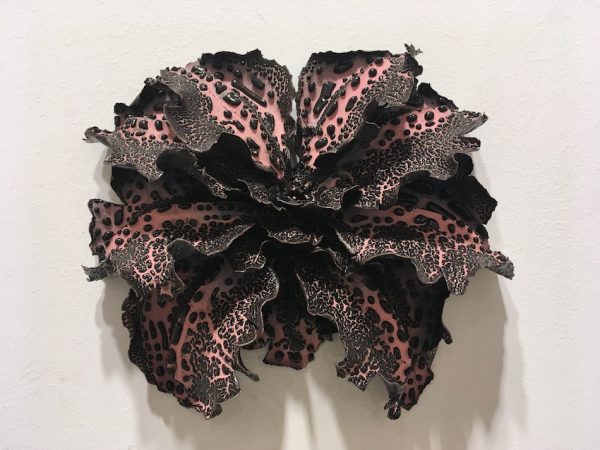 Influenced by his biology background, Adams illustrates the concept of adaptive radiation (when an organism enters an unpopulated environment and differentiates rapidly) in with his surreal series of animal and plant-like forms.

Christopher Adams’s ceramic sculptures play on the concept of adaptive radiation, whereby a pioneering organism enters an untapped environment and then differentiates rapidly without departing too much from its original form.

While Adams’s sculptures have a biomorphic quality, the natural habitat for these specimens is fantasy. His most recent iteration of the organism is suggestive of hibiscus flowers. Ranging from a deep charcoal to pale pink, the sculptures hover like specters over their terrain and appear frozen in time.